jabbers-artsy-hoard:;; Inspired by @crimson-chains’ Sweet Beginnings and all those beautiful Bois, I... 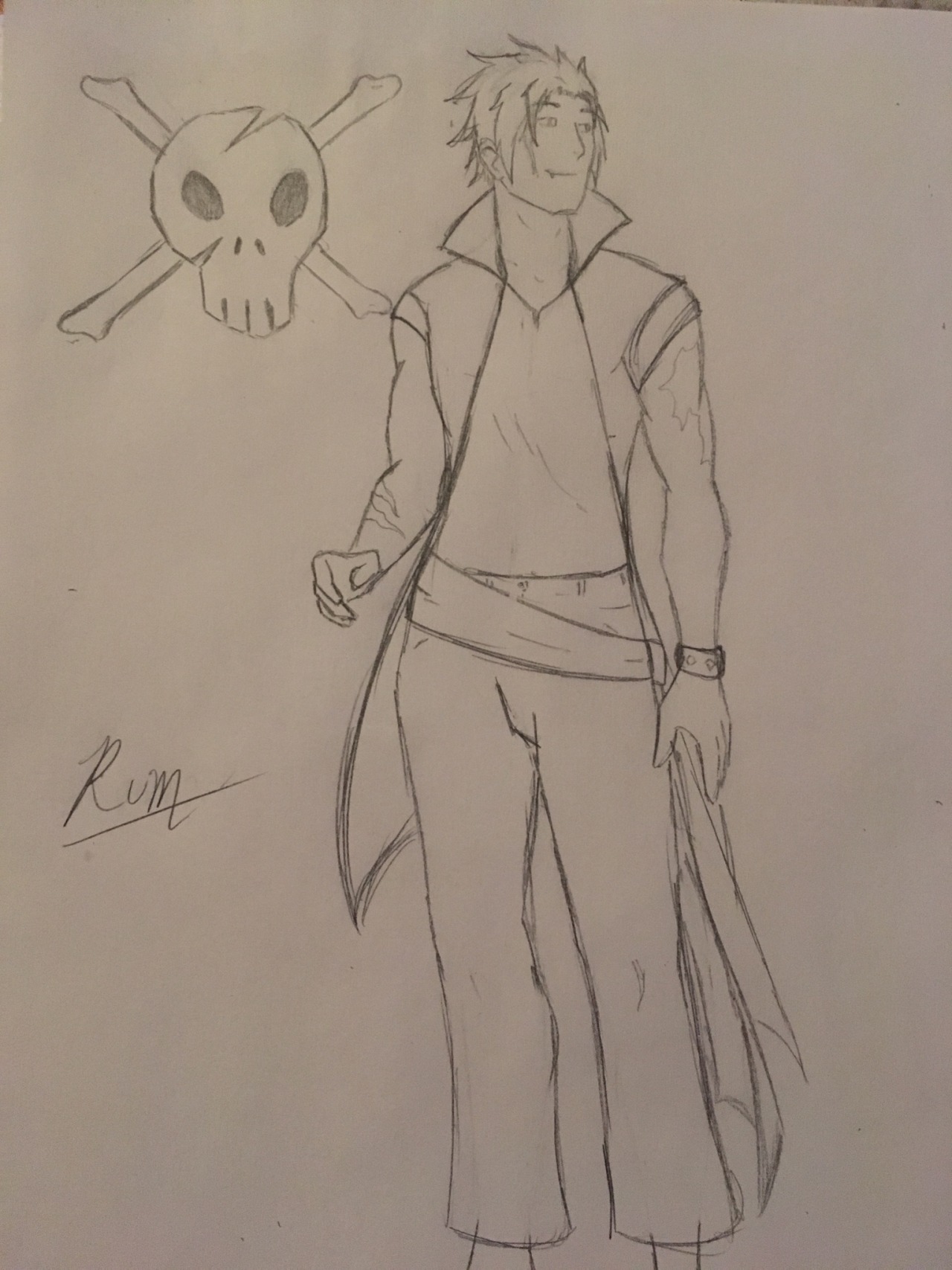 ;; Inspired by @crimson-chains' Sweet Beginnings and all those beautiful Bois, I decided to create my own. So here's Rum.

He's a bit of a bastard and a definite flirt, while also being largely a reckless idiot. With green eyes and gold-brown hair, he's definitely a charmer, but he has some pain in his story too. But such is the life of a former pirate sea captain, isn't it. With an Irish accent, and caution thrown to the wind, Rum dated Biscuit (belonging to @kitty-mcbodkins) for a while, before both decided it wasn't quite working out.

It was actually Biscuit that helped him with a very large tattoo that stretches over Rum's entire back, depicting a large kraken wrapped around an anchor and reaching over his shoulders as well. He's also got a large siren tattoo on his left calf, and music notes at his right hip, all done by Biscuit as well.

The skull and crossbones Jolly Roger is emblazoned on the back of Rum's jacket, and he will never forget where he came from. He just.. happens to be between jobs at the moment. He does have a talent for music and a great singing voice though, if that helps.