Review: Water Grill’s fresh seafood tastes as good as your photos will look on Instagram

Serving food that's photo-worthy and ready for prime-time Instagram only goes so far if the taste isn't there.

Fortunately, the Water Grill in Costa Mesa is getting everything right: a new item is the bluefin toro tartare, which comes with green tea nori (edible, paper-thin strips of seaweed), warm sushi rice, quail egg and sweet soy sauce.

The tartare is pitched as being make-it-yourself sushi hand rolls, though my efforts to craft them turned out to resemble mini hand-made tacos. 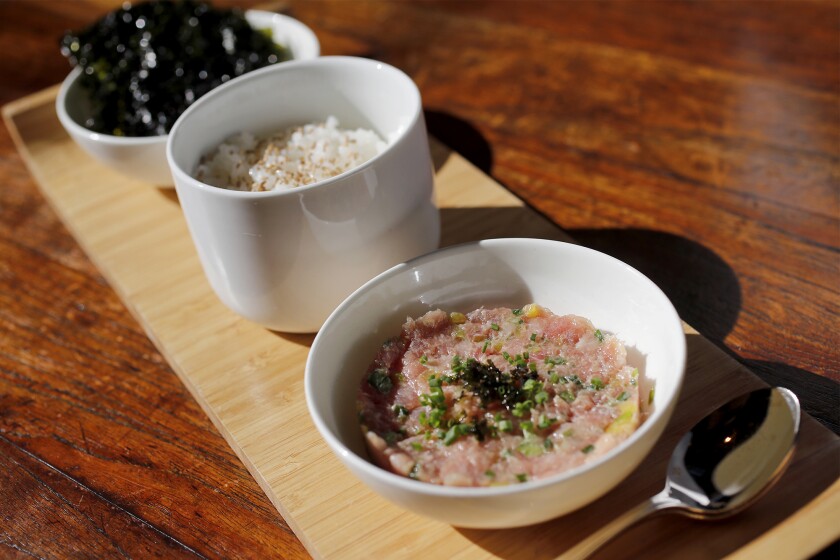 Among the other excellent items I heartily recommend are the Pleasant Bay oysters (which helped solidify my opinion that East Coast oysters are simply better than West Coast), the signature Chilean sea bass (which is pan-sautéed with herbed ricotta gnudi and brown butter), the Dover sole and the maple cheesecake (which came with a wonderfully distinctive sour cream gelato). 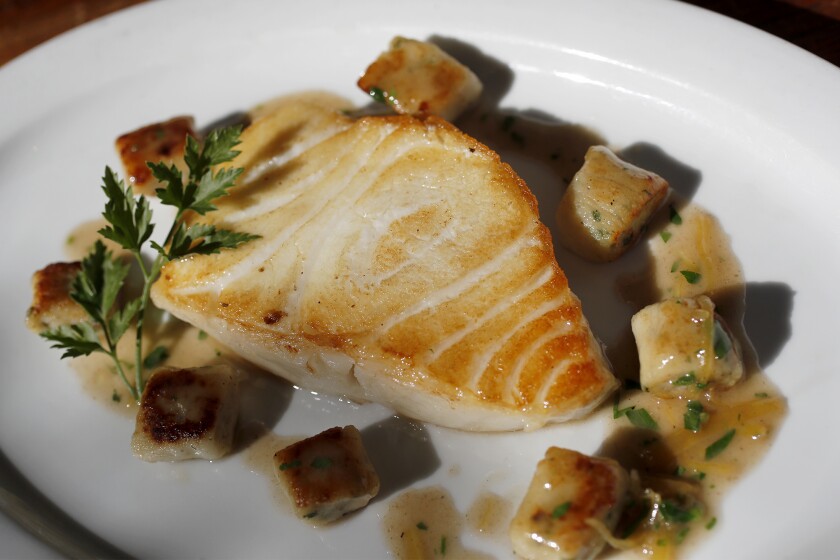 This high-end seafood restaurant opened in 2016 at the busy corner of Anton Boulevard and Bristol Street, across from South Coast Plaza. The site had been home to the venerable Scott's Restaurant & Bar from 1989 to 2015. 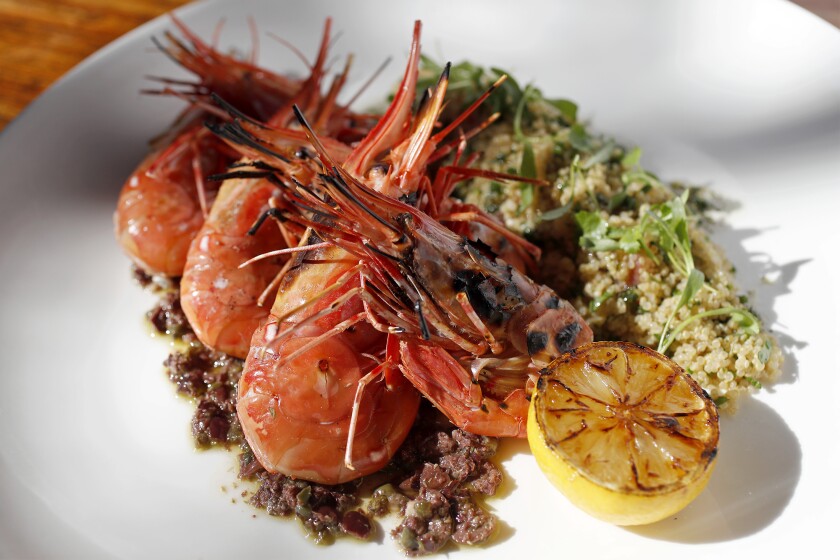 Its design incorporates various woods and iron finishes. The whole feel was inspired by a refurbished ship. Nautical-themed components are placed about as well.

One of the bars is below a retractable ceiling. During my visit, the ceiling was propped open and exposed the clear night sky, creating an ambiance that had me feeling Water Grill was one of the most scenic restaurants I've been to in years. 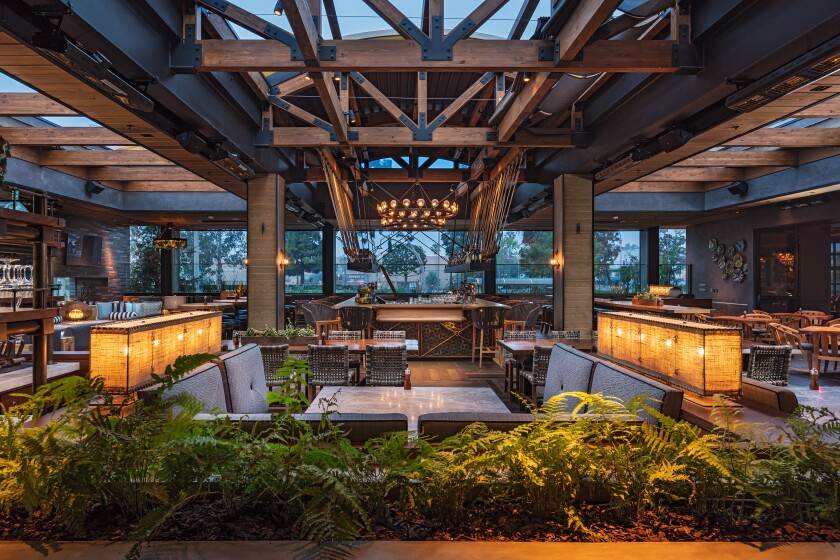 One of the bars of Costa Mesa's Water Grill restaurant is set beneath a retractable ceiling, giving the setting an open-air feeling.

Even the entrance is special. Flanking one end of the walkway up to the host stand is a tiny brook with mini waterfalls. Rows of ferns and a rectangular fire pit flank the other.

Water Grill is part of a larger chain with SoCal locations in Los Angeles, Santa Monica and San Diego. They're operated by Costa Mesa-based King's Seafood Co., which is celebrating its 75th anniversary this year.

Each location's menu can differ slightly. Costa Mesa's is notable among the group for its larger patio and private party space. It's definitely worth a visit, perhaps before or after a show at the nearby arts venues.

Support our coverage by becoming a digital subscriber.