Cleveland Museum of Art receives gift of contact sheets and photos from Bettina Katz and her late husband, Mark Schwartz

CLEVELAND, Ohio — They promised, and now they've delivered. On behalf of herself and her late husband, Mark Schwartz, Cleveland Heights collector Bettina Katz has fulfilled a promised gift of 62 photographic works to the Cleveland Museum of Art.

The gift includes 59 contact sheets and three related individual photographs from the collection Katz and Schwartz formed before Schwartz's death in 2014 at age 57.

Their collection, which concentrates strongly on photographic proof sheets by great 20th century American and European photographers, is the subject of the museum's current major exhibition, "PROOF: Photography in the Era of the Contact Sheet,'' on view through Sunday, April 12.

In all, 37 of the works donated to the museum are on view in "Proof."

The Schwartz-Katz gift includes 48 works by Irving Penn, plus one individual image of "Woody Allen as Charlie Chaplin.''

All 11 Monroe contact sheets are on view in "Proof."

Monroe figures prominently in the museum collection because of its 1997 purchase of "Marilyn X 100,'' a colored silkscreen painting by Andy Warhol. 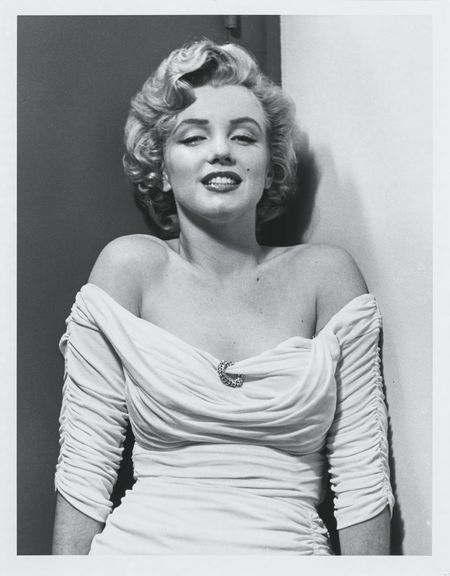 An avid photography collector, and a former trustee of the Cleveland Museum of Art, the Cleveland International Film Festival and the Museum of Contemporary Art Cleveland, Schwartz co-founded the award-winning Cleveland graphic design firm of Nesnady + Schwartz in 1980.

Schwartz and Katz are the naming donors of the first committed photography gallery at the museum.

The museum said in a news release that the Schwartz-Katz gift will provide it with "one of the broadest, most comprehensive collections of contact sheets in any art museum.''

"We are tremendously grateful to have received this generous gift of works from Mark and Tina's collection," William Griswold, the museum's director, said in the news release.

"These works greatly enhance the museum's collection of photography and will give our visitors a rare glimpse of the working process of several different photographers," he said.

The museum described Schwartz as a visionary.

"Beginning in the early 2000s, his deep appreciation for the fine arts and the artistic process eventually led him to expand his already extensive collection of photography to include contact sheets,'' the museum said.

"The works that he and Katz assembled compose a unique record of artistic accomplishment and include countless unfamiliar variants of celebrated images by famous makers that serve as evidence of the creative process."